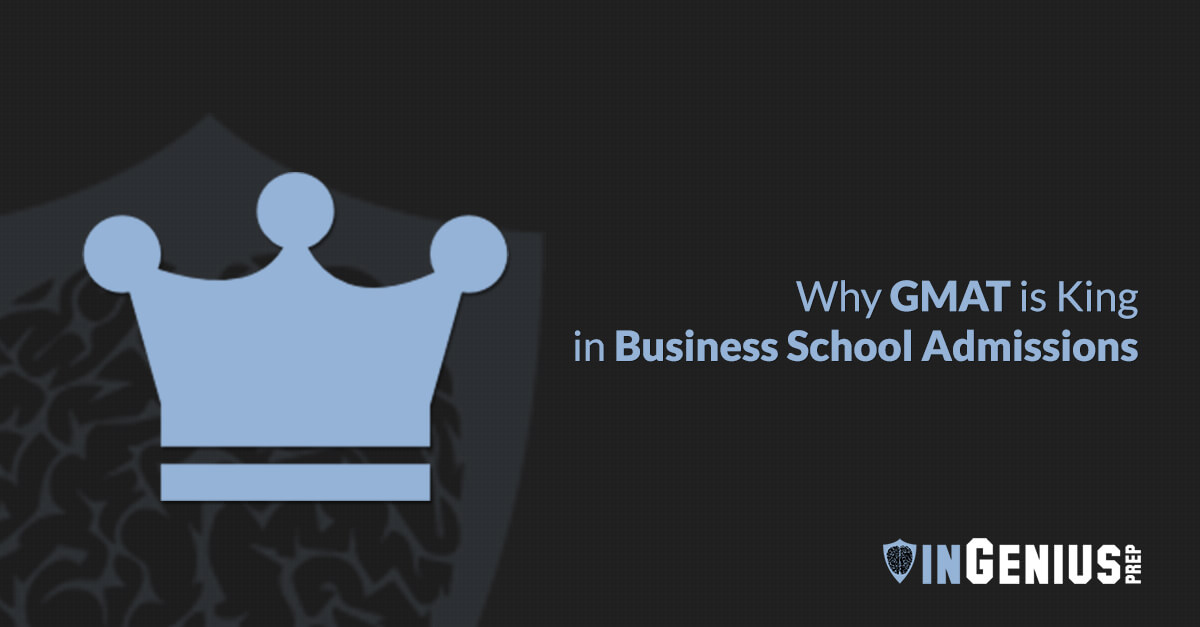 Why GMAT is King in Business School Admissions

There are a few exceptions, but the simple answer is that you want to take GMAT over the GRE if you are applying to business school. It's more competitive, more difficult, and it more rigorously tests the skills business schools prefer in their applicants.

But before you come to a decision, ask the admissions offices of the schools you are applying to. First of all, it's good to be in touch with admissions offices generally. You want them to know your name – it indicates significant interest in the school, and schools prefer to admit applicants who have shown significant interest (for the same reason, consider arranging a date to visit or an informational interview with a counselor). Often, they will reply that while they accept the GRE, they prefer the GMAT.

In 2011, the GRE changed its format primarily to increase its appeal to business schools and compete with the GMAT. GRE increased the difficulty of its math sections, changed its format from the Computer Adaptive Test (which the GMAT still uses) to a new “Adaptive By Section” approach, and made its vocabulary testing more comprehension-based. In theory, this caters more broadly to the admissions offices of business schools, which prior to GRE's changes, had come to strongly prefer the GMAT to the GRE.

And perhaps for a few months, the GRE gained ground against GMAT. But in 2012, GMAT changed to test new skills and move further away from the GRE. GMAT dropped one of its essays (the “Analyze an Issue” essay, very similar to the essay required in the SAT writing section, and still included n the GRE) in favor of a brand new section,” Integrated Reasoning,” which tests an applicant's ability to read and evaluate graphs and business plans quickly.

The major differences between the GMAT and GRE are:

The GMAT is a more difficult test and tests a broader range of abilities. Most test-takers find its format more challenging, as it does not allow the user to skip questions or return to previously answered questions.

The simple answer is, take the GMAT. If the schools you are interested in sincerely do not care, then consider the GRE if you are either weak on math or weak on grammar. Also if you equally considering an MBA or an MA, you may want to take the GRE as both programs would accept it as part of the application process.

This post was written by Next Step Test Preparation.  Next Step focuses exclusively on providing students with customized, one-on-one tutoring packages for the GRE, GMAT, and more.  Click here to learn more about how Next Step can help you.