The Digital LSAT: What to Know About the New Format

The Digital LSAT: What to Know About the New Format

If you’re applying to law school in the upcoming cycle, you’ve probably come across the fact that the LSAT is going digital this summer. If you haven’t heard about it before, you might be wondering, how does one even prepare for a digital LSAT? Preparing for the regular pen and paper LSAT was hard enough.

Have no fear, you do not have to study anything extra, because the content of the digital LSAT will be the identical multiple choice style that the paper LSAT currently follows. But on testing day, you’ll be given easy-to-use tablets instead of writing everything on paper. So you can breathe easy and continue studying the exact same material.

To help navigate you through the changes, I will talk more about the logistics of the digital LSAT, take a closer look at the updates and what they mean, discuss the difference between the LSAT and the GRE, and finally go over the role the LSAT plays in your overall law school application process.

When Does the Digital LSAT Implementation Begin?

The first digital LSAT will come into play on July 15, 2019, when students at half of the testing centers (randomly selected) will take the LSAT digitally, and the other half with pen and paper. The full transition into the digital LSAT will take place in North America starting in September 2019. International test takers will continue with the paper and pen format for the time being. In case of the digital LSAT, Microsoft Surface Go tablets will be provided to test takers at the test centers. 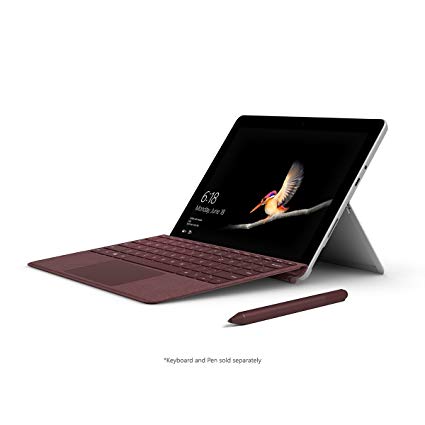 There are nine LSAT test sessions in the US in the next year. They are outlined below:

The LSAT follows the GRE and SAT in digitalization of standardized tests, with the SAT having gone digital in 2018. The digital LSAT will now make tests scores available in a matter of days (exact number yet to be announced by the LSAC) instead of three weeks. This will be of much help during the application process, as tardiness in test scores’ availability can slow down your law school timeline. The new digital format and faster scoring process allows the LSAC to accommodate for more test dates. The 2017-18 application cycle only had 5 test dates, compared to 9 in 2019-2020. Regardless of the testing method that test takers might be assigned, in July they will have the option to see their score before they decide whether they wish to cancel it. The availability of the score will take additional time since the session has both paper and digital tests. Students who wish to cancel their scores will be able to take another LSAT session free of charge through April 2020.

Summer 2019 is a busy and exciting time, full of changes for the LSAC it seems. Starting with the June 2019 LSAT session, the 35-minute writing section will be a separate process that does not take place on testing day. Test takers will do the writing section on a secure online platform, which uses the webcam, microphone, and screen from the candidate’s computer to ensure the essay is their own work. The structure of the essay has not changed; it is still unscored. Once registered, candidates will have a year starting from the test date to complete the writing section and will need to have one finished essay on their file to complete their Law School Reports (which includes an Academic Summary Report, LSAT scores, transcripts, and letters of recommendation). The LSAC hopes that this will ease things for students, as the LSAT will be shorter on the day of and the essay will be typed instead of handwritten. Students can work on it on their own computer (any kind with working internet) at any place of their choosing. The digital LSAT writing section will be available worldwide after its launch in June.

If you continue to wonder how to prepare for the digital LSAT, don’t worry. The content truly is the same! Getting ready for the digital LSAT will be similar to prepping for the paper LSAT, as the structure and the type of test question remain the same. Testing students will have the same amount of time to answer questions (35 minutes per section). So you should study to tackle the same sections as the paper LSAT: Two sections of Logical Reasoning, one scored Games section, one Reading Comprehension portion, an experimental section, and lastly, the writing. Yes, there will continue to be an experimental unscored section like previous years. Students will still not be made aware of which section is unscored when they take the test.

To help you adjust to this new medium, the LSAC has created a series of video tutorials as well as partnered with Khan Academy to help you get better acquainted with the digital LSAT. To prepare for the digital LSAT, use online and reading resources, play around with a surface tablet, and take the practice tests under timed conditions. Don’t forget there is usually a ten to fifteen minute break between the third and fourth sections, and you should make the most out of these to take deep breaths and refocus for the next section.

How Do the Changes Affect Students’ Test Taking?

Switching the LSAT to tablets instead of pen and paper aims to make editing and reading easier for students. Unlike the paper format, the tablets will also have features such as the option to highlight, change font size, underline text, control brightness and enable flagging to keep track of questions students would like to come back to. To simulate the digital LSAT experience better, students can watch the video tutorials on a tablet if they have access to one. The tablet also allows for color sensitivity to accommodate for a wide range of visual issues students may face with particular colors, as well as the option to take the test in grayscale. The LSAC will provide a pen and scratch paper, and a stylus for highlighting and underlining to test takers.

The tablets have a built-in timer that you can choose whether to display or not. When five minutes remain, a warning will pop up and the timer will remain until the end of the test.

One con of the digital LSAT could be that students might have trouble switching back and forth between the tablet and the scratch paper.

Inclusion of the digital LSAT is one part of a few changes incorporated by the LSAC to assist member schools. There is a partnership at play here as well. The LSAC will partner with Microsoft once more to introduce a new admissions management system in July that will help enhance member schools’ communications with admitted students.

The introduction of the digital LSAT continues to change the scope of law school testing. In July 2018, 23 schools began accepting the GRE to increase accessibility (it can be taken on any day) and versatility in options for students. The GRE assesses students on vocabulary, basic algebra, geometry, and other math alongside reading comprehension and writing, and is less expensive ($205 versus the LSAT’s $180 plus $175 subscription to the Credential Assembly Service required to apply to most law schools).

Granted, the emphasis on the LSAT is still much higher across the country, as the current admissions standards for American Bar Association accredited law schools state that no more than 10% of an incoming class can be admitted without having taken the LSAT. The LSAT is still seen as more of a standard-bearer than the GRE. In 2018, only 168 students out of 38,000 admitted law students were admitted without an LSAT score. If applicants to Harvard Law have taken both the GRE and the LSAT, they must submit both sets of scores.

The LSAT is the one standardized testing system that is the most widely accepted by law schools, but the GRE is accepted by the following schools:

These schools believe that the GRE is a trustworthy indicator of their law students’ first year grades, and that the GRE brings more geographical, financial and academic versatility among their students.

Within a year, the Law School Admission Council (LSAC) has introduced a new format to replace the LSAT, including a separate, digital writing section. The tablet system promises to offer an optimal test-taking experience to accommodate everyone while adapting to advancing technology.

The Role of the LSAT in Law School Applications

The LSAT is considered a strong tool to assess whether an applicant is fit for law school and passing the bar. Through the introduction of the digital LSAT, the LSAC hopes that it will continue serving this purpose alongside providing more accessibility, security, and user-friendliness.

The LSAT is a key component alongside your transcript, personal statement, letters of recommendation, diversity statement, resumé, and any supplements that you may have to complete. The bottom line is, your numbers are integral parts of your application decision. One of our Yale Law School Former Admissions Officers has shared that they typically account for 60% of each admissions decision.

Don’t underestimate the importance of this test! But of course, keep in mind that the LSAT is not the only factor that matters. As the number of LSAT takers increases, admissions officers also turn toward which applicants have a strong resumé to select outstanding candidates. Having a strong background and story could balance a comparatively lower LSAT score.

A high LSAT score could help make up for a relatively lower GPA and vice versa. Keep in mind that the LSAT ranges for the T-14 law schools are all very impressive, as shown below:

As you can see, there is very little wiggle room within the range at the top schools. The reality is, schools might not even consider you if your numbers do not fall within their range.

If you wish to attend law school immediately after college, start studying for the LSAT during the spring of your junior year, or even earlier. An LSAT score is good for five years after your test date. Getting the LSAT out of the way early also helps you focus more on the other components of your application - particularly your personal statement and resumé. Dividing your attention could potentially distract you from studying. Since admissions are rolling, it is best to take the LSAT before you start writing your application. That way, you’ll be ready to go as soon as the applications open for submission in the fall!

The digital LSAT aims to make the law school application experience easier for candidates by improving accessibility and reducing stress with quicker score reception. You may need some time to get used to the tablet and stylus format, but remember that the test is still the same at its core. Study hard, take sample tests under timed conditions, look at the test dates and plan in advance. Don’t let the digital LSAT get you down!