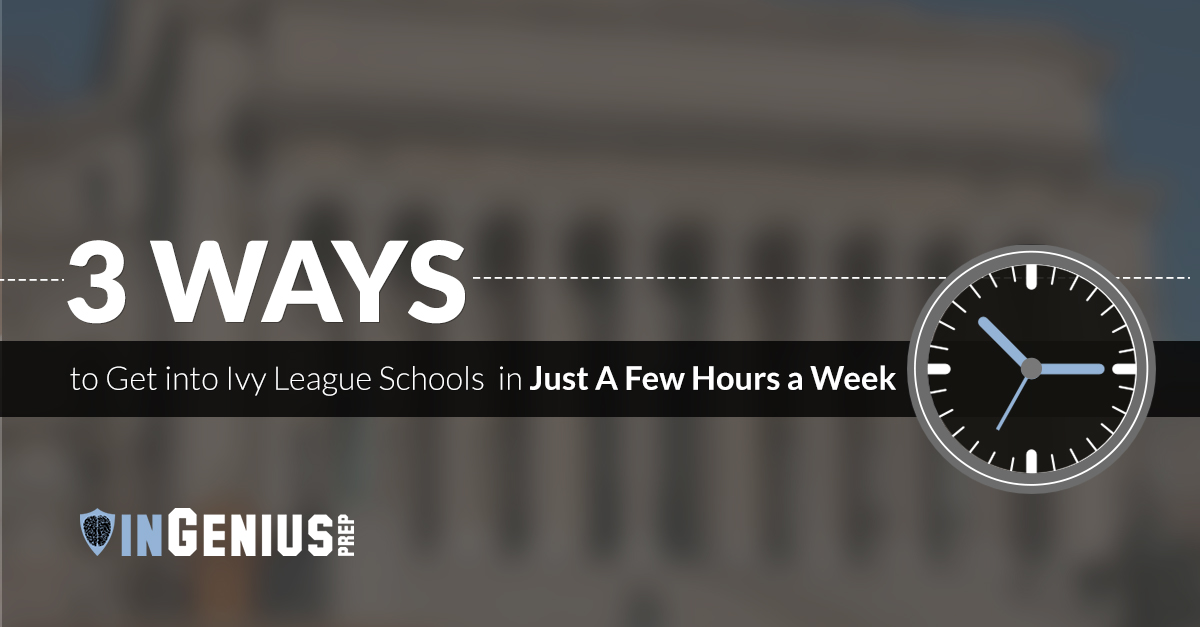 Around the world, hundreds of thousands of students dream of attending an Ivy League school. The name itself is connotes worldly prestige and excellence in the field of education. In fact, all eight schools are ranked in the Top 20 of U.S. News and World Report’s 2014 National University Rankings. Parents and students around the world obsess over how to get into Ivy League schools, often to their own detriment. With the title of this article, we hope to encourage some of you “Ivy League tunnel vision” folks toward some equally prestigious and excellent colleges and universities.

Being a student at one of these top schools has tremendous benefits. Undeniably, learning how to get into Ivy League schools can open a lot of doors for your career. It will not only bring attention to your resume, but you’ll also receive dedicated mentoring and join a vast, storied, and successful alumni network. However, getting into one of these top schools is not easy. You will be competing against thousands of students with stellar (often perfect or near-perfect) GPAs and SAT scores. In order for you to get into Ivy League schools, you must stand out. You must think of the qualities, attributes, experiences, and interests that make you creative and unique. Here are three ways to stand out and get into Ivy League schools in just a few hours a week:

1. Start your own company or non-profit, even if it fails. Starting your own business requires a lot from a person – your time, your commitment ,and even your money (or raising money from others!). Taking a step like this shows admissions officers that you are a leader and that you take the initiative. Starting a company is risky. And, more often than not, start-ups fail.

In his application to Harvard University, however, this was not seen as failure. They saw his boldness, initiative and leadership skills, all qualities they desired in a prospective student.For example, take the case of Mark Zuckerberg. Though he’s a billionaire well-known for founding Facebook, he has in fact experienced failures of his own. During his high school years at Phillips Exeter Academy, he created a program called Synapse, a learning software that can predict a user’s music listening habits. Despite receiving offers from big companies, he turned them all down because he wanted to go to college. Later on, when he tried making a deal to sell Synapse, the offers were no longer there because this program could now be downloaded online for free. He missed the boat.

Spend a couple hours a week and venture into your own strengths. It’s neither too late nor too early to turn your ideas into reality.

The most elite and selective schools are all looking for candidates who are not only well-rounded, but can demonstrate exceptional performances and achievements. Ivy League schools and other top schools recruit for athletics and many other activities. For this reason, if you are serious about your sport and have the talent and work ethic, your sport or activity can be your way to get into Ivy League schools.

The athletic recruiters and coaches from these schools can be valuable resources for you. Coaches can guide you through the admission process, and offer advice based on the admission team’s feedback. They can support your application and solicit for you. Start out by sending your highlight tapes or game film along with a letter of interest. Visit the schools. Invite the coaches to visit you. Develop a relationship with the coaches because if you are good enough, they will do everything in their power to get you accepted to the school if your GPA and test scores qualify you.

3. Get an Internship With a Professor.

Universities all have summer programs which provide you with the opportunity to take classes that you are interested in. Additionally, you can also try to get an internship with a professor at your dream school.

Time spent with a professor can help you improve your chances of getting into one of your top choice schools. Go to your dream school’s website and look up the email addresses of the professors that teach courses you are interested in taking. Send them an email with information about yourself, tell them you’re interested in working with them, and start a dialogue. While not all professors will respond, there is a good chance that one of them will. This is an unparalleled opportunity to make an impression, and possibly even get a stellar letter of recommendation to his or her school. Recommendation letters go a really long way, especially if it comes from a professor at a university because they can validate your ability to thrive in that educational setting.

Need more help building your resume to get into a top college? Set up a free evaluation with one of the InGenius Prep admissions experts today.

David Mainiero, Co-Founder and Director of Operations of InGenius Prep, is an experienced educator and academic and admissions counselor with over almost a decade of experience helping students unlock their potential and achieve their dreams. Having founded and run multiple and small businesses, David has a strong entrepreneurial track record.

David knows firsthand what success looks like and how to achieve it; his passion to help students discover their own passions and realize their fullest potential motivates him to travel all around the world to share his visions for educational access.