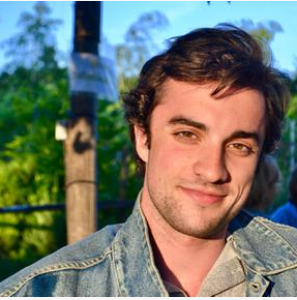 Hello! I was born in Columbia, South Carolina, where I grew up living and working on my father’s produce and pig farms. I played music from a young age, but ultimately spent my pre-college years as a semi-professional ballet dancer. I was lucky enough to earn a place at the South Carolina Governor’s School for the Arts and Humanities, where I was accepted into the advanced ballet program as one of only five sophomores. I also had the chance to join a few other Americans studying at the Royal Ballet School in 2013.

I was accepted to Yale early, but deferred to take a gap year between high school and college. It was then that I studied at the Kirov Academy of Ballet in Washington, D.C. I matriculated at Yale in 2015, where I participated as a first-year in the Directed Studies program. During my time at Yale, I performed with a folk music group, released four albums of original music, founded a financial advice website, worked for an international N.G.O., travelled to more than a dozen countries, and more.

At Yale, I worked as a student ambassador, conducting outreach to South Carolina public high schools. I also served as the Head Campus Tour Guide for my junior year, and finally worked as one of ten Senior Interviewers during my senior year. The latter job gave me the chance to interview and evaluate roughly two hundred applicants to Yale, which was hugely rewarding! I graduated on May 20th, 2019 with a B.A. in English.

Today, you can find me exploring the city by bike, writing music, writing on the topic of financial literacy, and cooking.