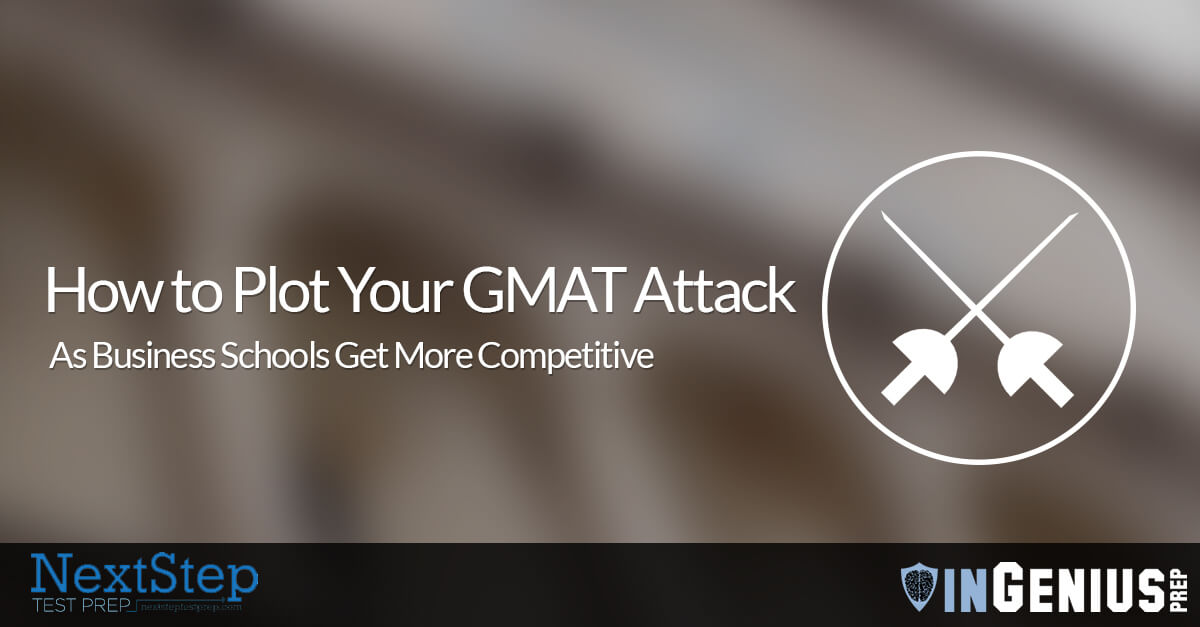 Don't look now, but business schools just keep getting more competitive. The number of applications at top programs is going up again. A recent post by the Wall Street Journal cites a rise in the number of applicants to Wharton, Harvard, and NYU's Stern this year. That's a break from the trend of the last couple years, with prospective applicants holding out as financial job markets continue to be difficult.

Not only have application figures themselves shot back up, the quality of the applicant pool is also higher than it was even a few years ago. The WSJ post points to upward trending GMAT scores:

"In recent years, Wharton's students are becoming a more high-achieving group. The average GMAT score for enrolled students this fall was 728–on a scale of 200 to 800–up from 725 last year and 718 for the class that enrolled in fall 2012."

These incoming classes are posting very impressive scores. The numbers clearly reflect the preparation they put into the exam. Without a doubt, strategic GMAT prep has become a standard part of the admissions process for virtually all top b-school candidates.

So, maybe you've already bought a couple books, or signed up for a class. But at the end of the day, the books and your GMAT instructor won't be sitting in that room taking the exam...it'll just be you. Are you doing everything you should to prepare? Maybe you're wondering what the most effective test-takers are doing that you aren't? Here are few of the most important things to keep in mind as you plot your GMAT attack.

This post was written by Next Step Test Preparation.  Next Step focuses exclusively on providing students with customized, one-on-one tutoring packages for the GRE, GMAT, and more.  Click here to learn more about how Next Step can help you.