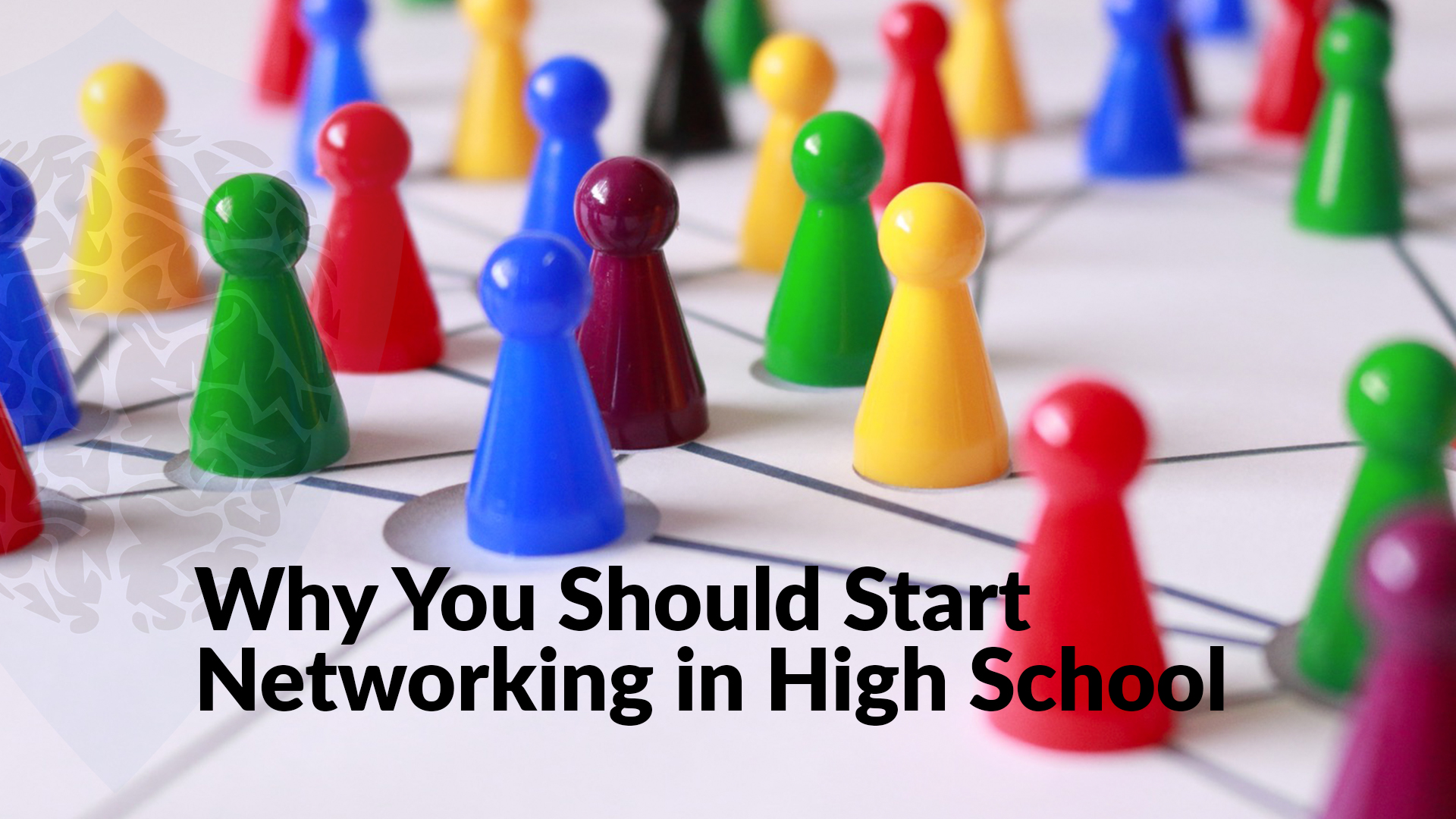 How to Network in High School

Why You Should Start Networking in High School

At the end of the day, learning how to network in high school - and actually put those skills into practice - can pay dividends for years to come. Generally speaking, there are three groups of people to network with while you are in high school: your peers, your teachers, and your peers’ parents. This latter group is probably the most important, so we’ll save them for last. So, let’s get started with some high school networking basics.

How many people at your high school would be happy to see you at a reunion? How many would genuinely want to know what you’re up to, and how you’ve been? 5? 10? 20? If so, you need to get those numbers up - those are rookie numbers.

Ultimately, whether someone is “in your network” can be boiled down to whether, in 5-10 years time, you would feel comfortable calling them up and asking them for a favor. Perhaps equally as important: if you asked them for a favor, would they demand something in return? You can imagine the layers of your network working roughly as such:

The more people you have in your network - and in these higher “layers” - the better.

If you are part of the popular crowd, I have some tough news for you: some day, you and your friends will probably be working for the nerds. Maybe not the nerds in your school, but the nerds from some school. In short: being a popularity snob in high school does not pay off. If the movie Mean Girls taught us anything, it’s that there is value in being well-liked among all social groups, not just the popular kids. The nerdy kids from my high school (myself included) ended up being some of the most interesting people I know. So, get out there, nerd it up.

If you are part of the nerdy crowd, I also have some tough news for you: learning how to network in high school and how to communicate and be friends with average people is a crucial part of networking, and life generally. In my case, as much as I enjoyed my weekly Magic: The Gathering card tournaments, it eventually dawned on me that only associating with people who wore elven capes to public events might inhibit my social skills. So, I joined the football team. Was I great at football? No. Was I ok? Also, no. But I was there, on the sidelines, rubbing shoulders with some people I would never have otherwise met. As I have gotten older, one of my greatest strengths has been my ability to communicate with people of diverse backgrounds and interests.

So to sum it up: you don’t need to be popular, but you should endeavor to be well-liked among a diverse set of social groups. If you are popular, be nice to the nerds - they will run the world some day. If you are a nerd, try to branch out as much as possible.

One of the most effective ways to boost your academic performance in high school is to establish good relationships with your teachers. The reality is that teachers are far more willing to assist a student they like personally than one they do not. I would not have made it through high school in one piece were it not for the small cadre of teachers who had my back every time I got into trouble. I also wouldn't have learned how to network in high school without these amazing people.

Weirdly, most high school students forget that their teachers are actual, real-life humans. Don’t believe me? When’s the last time you saw one of your teachers outside of school and didn’t think to yourself something along the lines of: “Well that’s strange, Mrs. Smith goes grocery shopping just like a regular person”?

So: treat your teachers like normal people. Don’t be afraid to be friendly with them. As long as you are respectful, you’ll be fine.

As it turns out, your friends’ parents are also humans. And well-connected ones at that. They have careers - many of them successful - and are an invaluable source of advice and opportunities. Are you interested in applying to medical school? Great - I’d be willing to bet what one of your friends has a parent in the medical field. Ask them if they have any suggestions for summer internships or other activities that you can participate in during summer. Want to be a lawyer? Splendid. I’ll bet one of your friend’s parents works at a law firm.

Make sure you aren’t just approaching these people and blurting out, “I want an internship”. You need to actually listen to their advice. Most people are really interested to share their career experiences and lessons, so if you let them speak and listen actively, you’ll find that you not only gain access to additional opportunities, but also establish a mentor-mentee relationship. Especially when figuring out how to network in high school, you’ll usually take on the role of a mentee, whether that’s with your teachers, friends’ parents, or some other adult. Be respectful while building those relationships. Who knows, maybe one of these people will give you a job one day?

Ok, that’s all for now. Go start learning how to network in high school. Go be awesome.

After Dartmouth, Joel attended Yale Law School, where he served on the executive board of the Journal on Regulation, as well as the Law School’s entrepreneurship society.

Joel currently resides at Yale in New Haven, Connecticut. He lives with his fiance – Emily – who teaches and is receiving her PhD in Medieval History from Yale.