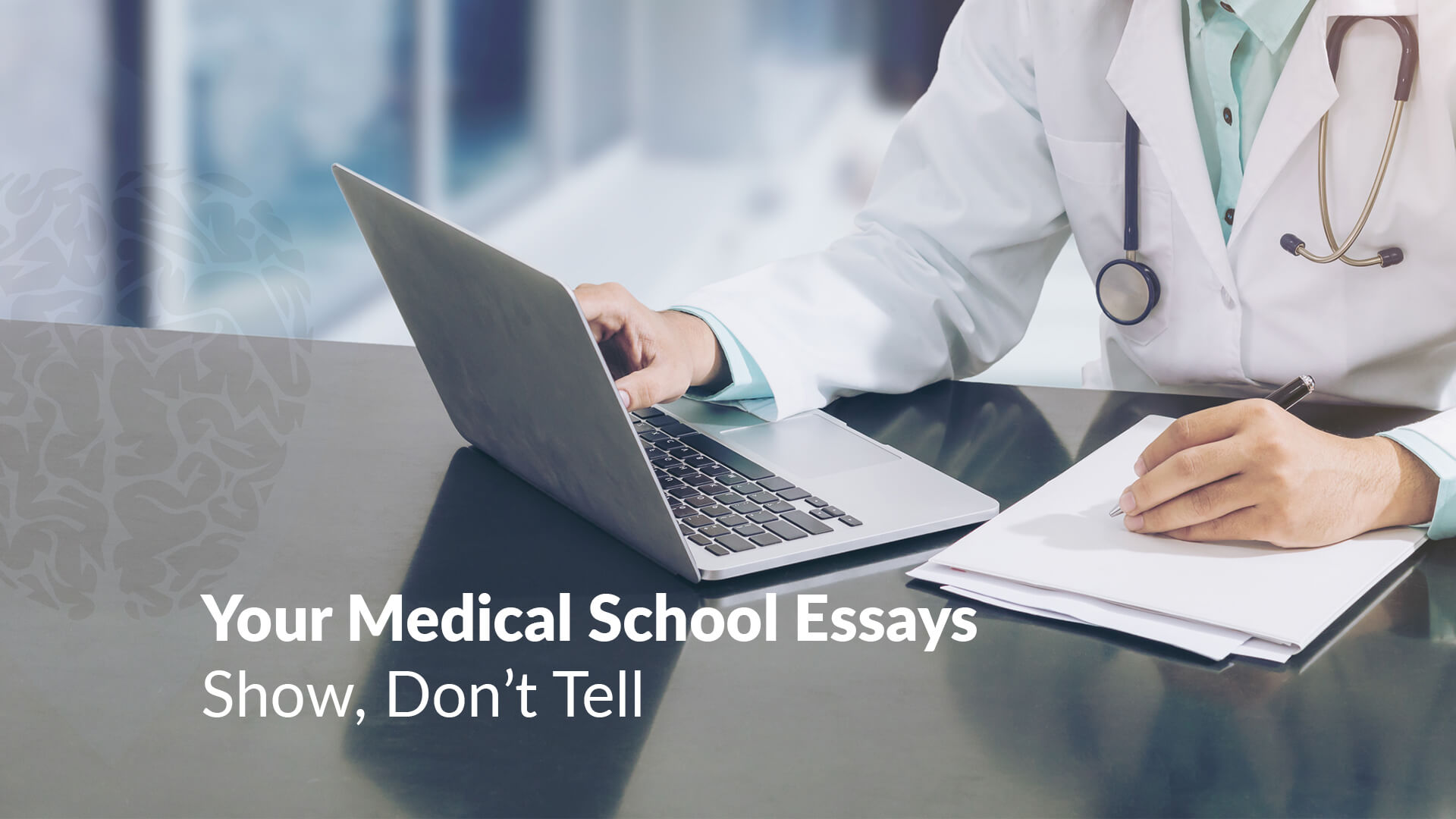 “Show, don’t tell” is frequently delivered advice for medical school personal statements and secondary essays. What exactly does that mean? This is a common problem in personal statements, and I’ve been struggling with how to better convey this idea to applicants. So, I will take that advice and “show” you, rather than “tell” you the difference.

As is often the case,  I was thinking about this while working out. I was watching Live! with Kelly and Michael (yes, I’m sorry this is true). They happened to be interviewing Kelsey Grammar about his new baby girl. When he was asked what she was like he answered, “She is a very kind person, but she is also tough”. My initial response was, “What a strange description of a two year old, I wonder what he means?”  He was telling us she was kind and tough but that left me wondering, “How does he know that? She is only two years old?”

Then, he followed up with a story.  He told a story about how they took her to see the T-Rex exhibit at the Natural History Museum in London. Apparently the T-Rex moves around and makes noise and is an extremely popular guy. They happened to be able to go in early before the Museum opened and so they were alone at the exhibit.  It was quiet, except for the large T-Rex who was growling and looming over them. At first, his daughter just stood there quietly with a surprised expression and said “ooooh”. She continued to watch cautiously for a few more moments and then slowly moved towards the T Rex, threw her arms up in the air like a large beast and made a large growling sound at it. While he was telling the story I was able to visualize it in my mind and have a clear understanding of what he meant when he said she was “kind and tough”, although to me she came off as “cautious, yet fearless”. This illustrates that a reader or listener might draw different conclusions from an event than the person conveying the story.

When you are trying to convey traits about yourself, it is much more convincing and effective if you can tell a meaningful story or give an example and let the reader draw their own conclusions. In general, telling an admissions committee that you are “altruistic” or “motivated” or a “hard worker” (although all of these things may be true) is boring and forces them to take your word for it. “Showing” generally requires more words but is more informative.  It gives the reader a little more credit and allows them to feel their own feelings about a story or make their own observations about what your actions reflect about you. It is much more fun to read a personal statement when you are allowed to have your own natural reactions to it than to be told what you should think and feel by the applicant.

How can you tell if you are “showing” instead of “telling”?  Showing requires the use of more action words, adjectives, sensory descriptions such as sounds, and sights, rather than just a statement or description. Other tools such as metaphors and dialogue are helpful in showing rather than telling.

Keep in mind, your secondary essays and personal statements should be a balance of both “showing” and “telling”. When stating indisputable facts or just delivering commonly understood information, it is completely appropriate to just “tell” and not waste words. When you are trying to demonstrate your characteristics/traits (which are not facts), make sure to evoke an “experience” or a “feeling” from your reader, by doing less “telling” and more “showing.”

As “showing” is often not as easy as it sounds, make sure to have family or friends look over your personal statement and them if you evoked an experience or feeling from them. If you’re having trouble, one of our admissions experts or graduate coaches will gladly help you show your story.