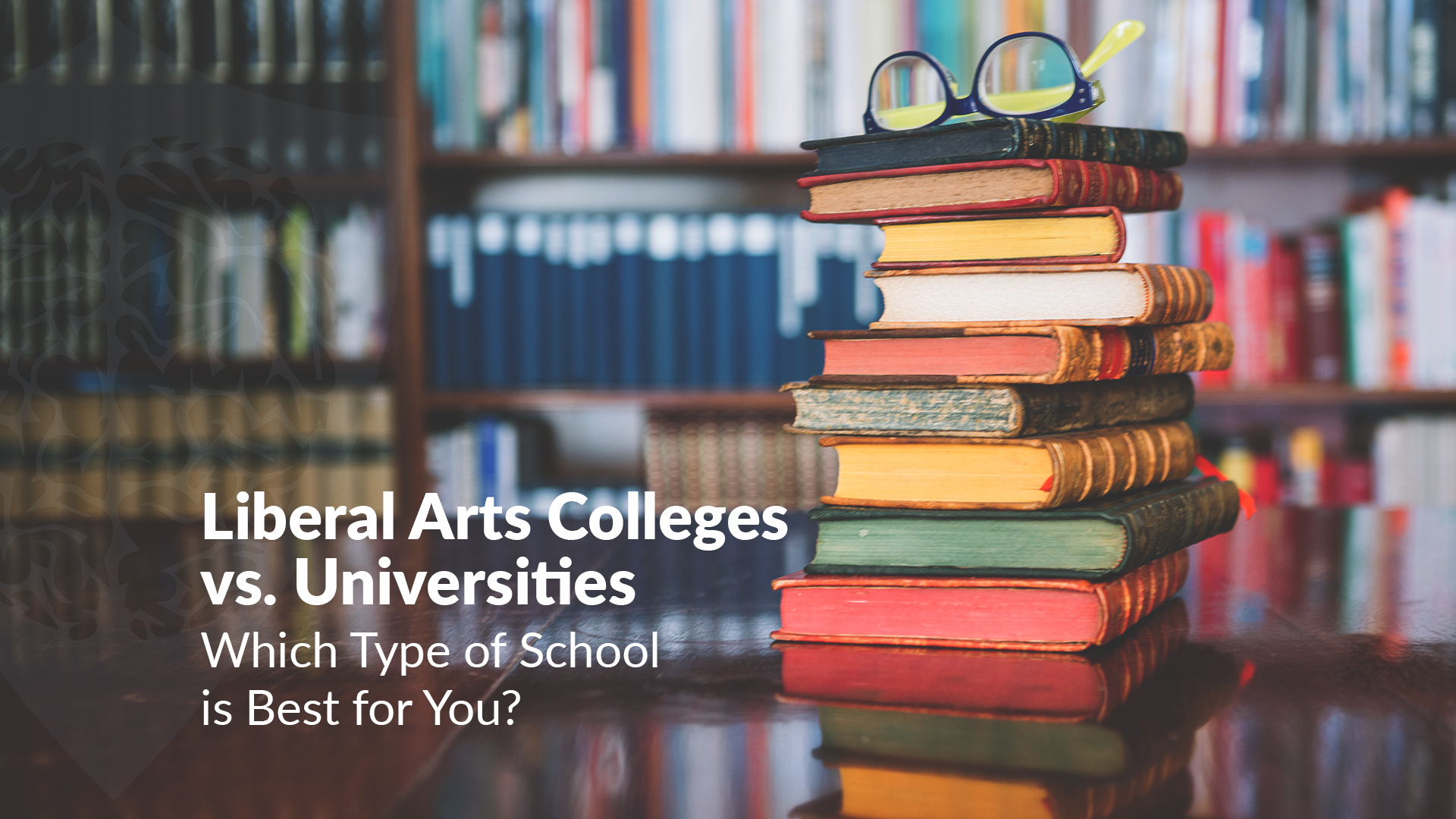 Liberal Arts Colleges vs. Universities: Which Type of School is Best for You?

Liberal Arts Colleges vs. Universities: Which Type of School is Best for You?

As you are starting your college search, the vast majority of schools you see will fall into one of two categories: liberal arts colleges vs. universities. You probably have a general understanding of the differences between the two, but the designations can be confusing. Liberal arts colleges are not necessarily liberal or artsy, and universities do not just refer to massive, sports-centric schools.

There are many factors to mull over when thinking about which style of school suits you, including each school’s individual traits and traditions (which do not always follow along with the categorization overall). Understanding the major differences and emerging trends in the liberal arts college vs. university categorization can help you create a more dynamic school list, as well as inform decisions about which schools have the potential to become your second home. Let’s break down some common misconceptions and compare liberal arts colleges vs. universities:

Liberal arts colleges, as their name suggests, focus on the attainment of more generalized, often interdisciplinary knowledge, rather than on skills specific to a given trade or profession. Students at liberal arts colleges will draw from the arts, humanities, social and natural sciences at the same time that they pursue a major that represents their primary interest. The value of liberal arts is that whether you study math or music or economics, you will gain skills by learning to think critically, identify substantial evidence, draw meaningful conclusions, and write effectively.

Many liberal arts colleges also offer cross-disciplinary programs and even individualized majors that students craft by themselves. Their flexible curriculums encourage exploration and “trying out” different subjects before declaring any major. If you’ve always wanted to combine Asian Studies with Art and Psychology, a liberal arts college may be the place to do so!

Many universities also offer a liberal arts education – in fact, almost all the top-ranked schools emphasize the breadth of learning that their institutions provide. At Brown University, students are completely in control of their curriculum, wielding absolute reign over planning their next four years (with the small exception of a writing requirement). Universities are still better known for their required core curriculums and pre-professional programs when compared to liberal arts colleges. This may mean having to enroll in mandatory coursework for a good chunk of freshman and sophomore year (and sometimes beyond that). So, take this into consideration as you assess liberal arts colleges vs. universities. If you are immovably attached to becoming a nurse or speech pathologist, programs at universities will be a strong fit. If you’re not quite sure what you want to do yet, the liberal arts flexibility might be a great choice.

Mary Miller, a Liberal Arts College alum and Former Assistant Director of Admissions from Oberlin College, delves deeper into how she took advantage of the liberal arts curriculum here:

Liberal arts college students typically live on-campus and can find everything they need for academic and social life without venturing too far from the school grounds. The community is often seen as more tight-knit because the smaller population makes it easier to connect with classmates and faculty members. College buildings and facilities are centrally concentrated, but at universities, campus maps can be sprawling landscapes where getting from one class to another becomes part of your daily exercise routine! Take Stanford’s campus, which boasts over 8,000 acres of space with 700 buildings and 43,000 trees.

In terms of student life, liberal arts colleges have fewer interest groups, clubs, and activities. It is also worth noting that universities have a better history of promoting and achieving diversity within each incoming class. Schools like to attract the best, brightest, and most interesting applicants coming from different backgrounds across the world, but universities generally have more diverse student populations in terms of race, ethnicity and socioeconomic background. The top liberal arts colleges have less diversity even among their international students, and applicants are somewhat self-selective, a good number coming from private schools or (upper) middle class backgrounds. Think about what matters to you when selecting the type of campus community you want to be a part of.

3. Liberal Arts Colleges vs. Universities: Inside the Classroom

Universities, on the other hand, can have lectures with 200 or more students (think Colosseum), and this is especially true for introductory or required courses. This also means that upperclassman have access to a wider variety of specific courses for their major or as electives, including smaller seminars and discussion groups that graduate students can also register for. Universities are well known for their breadth and depth of research opportunities. Consider this tradeoff when comparing liberal arts colleges vs. universities!

Elite private universities can have a hefty price tag at about $55,000 per academic year (not giving you any side-eye, Columbia and UChicago – we still love you!), yet so do many national liberal arts colleges. After accounting for scholarships and need-based grants, however, the top liberal arts colleges are also known for being the “best value” based on US News & World Report findings. This includes Williams, Amherst, Pomona, Wellesley, and Swarthmore. Weighing school fit and academic quality against the financial package a school offers may tip the scales in favor of a liberal arts college. That being said, this value might not be able to beat in-state tuition at your local university.

Two Sides to Every Coin

The bottom line is, differences between liberal arts colleges vs. universities can be seen as either pros or cons depending on your perspective.

Even though liberal arts colleges have a smaller student population, such an environment can result in the feeling of “everyone knows everything about everyone else.” On the flip side, you might find a large campus to just be too much.

Overall, the boundary between liberal arts colleges vs. universities have blurred over time. Many universities incorporate aspects of the liberal arts education or atmosphere into their schools, with residential college systems and honors programs that offer smaller class sizes. The prevailing image of liberal arts colleges is also shifting, no longer a haven for just humanities and social science buffs, with expanding curriculums that include pre-professional tracks for business, engineering, journalism, and more.

If you think you would thrive at a university, take the time to look into liberal arts colleges, too (and vice versa). You might stumble upon a hidden gem of a school that really shines!