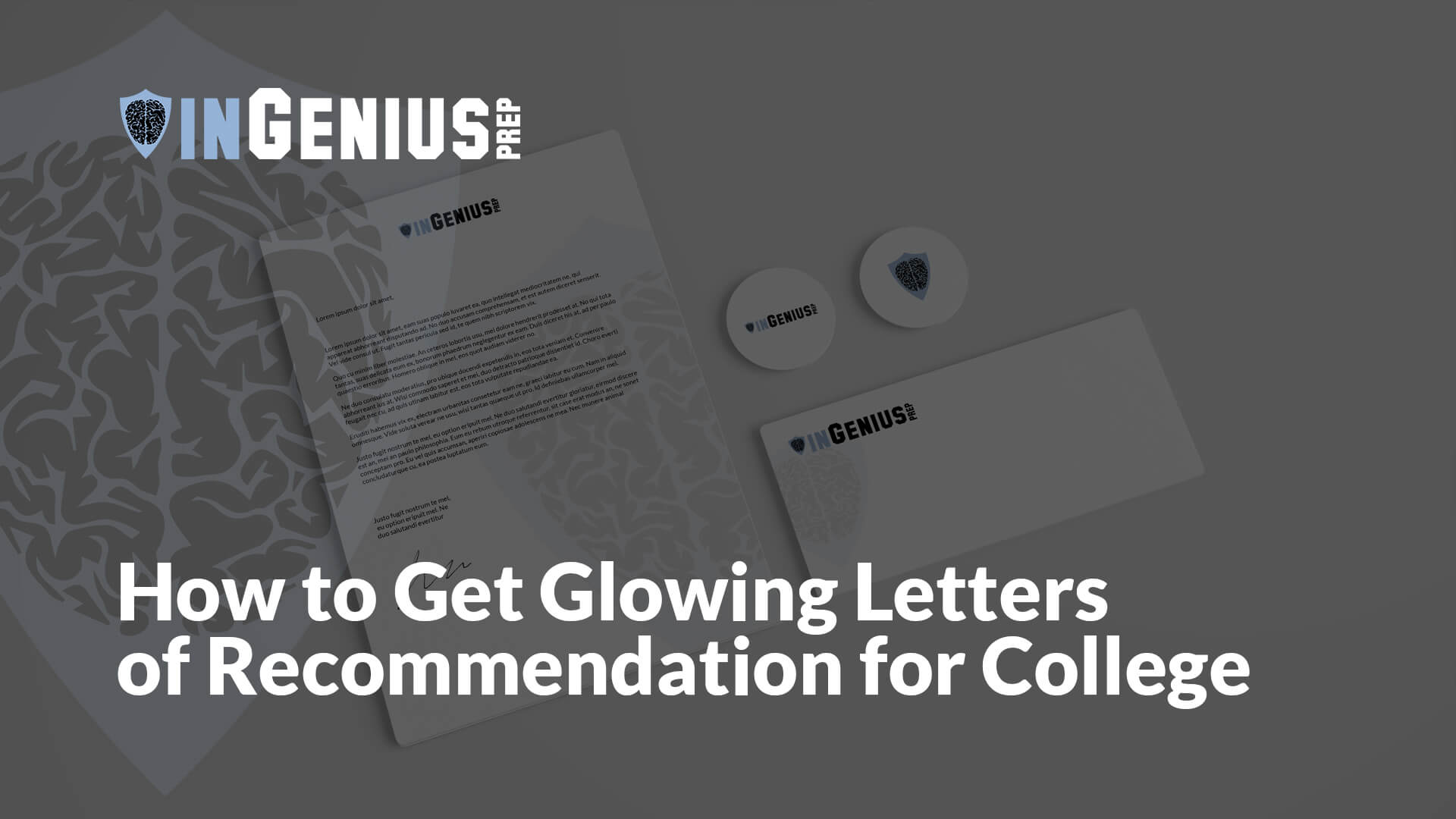 College Letter of Recommendation: How to Get a Glowing Letter

Letters of Recommendation: What They Should Say, and Who Should Write Them

Many people feel helpless when they’re seeking a college letter of recommendation. Even if you are a stellar student and you work tirelessly on your application, your letters of recommendation sometimes seem out of your control. We have all heard horror stories about how recommenders screwed over their otherwise qualified students, either by failing to submit their letters or writing surprisingly negative letters. And if you're a student who isn't at the top of your high school class rank, or if you don't have the highest SAT score, then a lot of pressure is put on your letters of recommendation. Must you just bite the bullet and say a Hail Mary?

People who think getting a college letter of recommendation is out of their hands have it all wrong. You have a great deal of control over your LORs. Don’t think about it any other way.

Let’s say your dream school requires three letters of recommendation. Imagine that you can have anyone in the world write those letters and you can have them say anything you want. What would they say? Who would write them?

What an Ideal College Letter of Recommendation Communicates

The ideal college letter of recommendation has the following attributes:

The praise must be not only great, but amazing. All of your competitors will have an inspiring, amazing, praiseworthy college letter of recommendation. Maybe it shouldn’t be that way, but that is the nature of the admissions culture. You cannot afford to have just a nice and thoughtful letter, and you certainly cannot afford anything less.

Soaring praise is not enough. Praise must go hand-in-hand with detailed stories. The more detailed the story, the more memorable the praise.

Consider this example: “Judah has taken three advanced courses with me as a freshman and sophomore, and I have consistently found him to be a step ahead of most of the seniors. When one of them missed a week due to an illness, I asked Judah to help catch her up. Some students in that situation might get arrogant. But I knew it wouldn’t get to his head. Judah isn’t just brilliant - he is generous and kind.” This description is memorable because it is tied to a concrete, detailed story.

A great college letter of recommendation is not too brief. After all, they need to be full of memorable anecdotes. A good rule of thumb is no less than ¾ a page. No more than 2 pages is necessary, but if the quality is consistent throughout, it probably cannot hurt to have more, if the writer just needs to express herself.

Schools don’t just want to hear how great you are, they want to hear how great you are relative to your peers and relative to other students in your position who applied to their school. A Harvard Former Admissions Officer put it to me directly: “At Harvard, we want to hear that you are the best. We only want the best and we want your recommenders to say that. If your recommender says, ‘This student is the best student I have ever had,’ or even just, ‘one of the best,’ we take that very seriously.” Notice how impressive it was when Judah, above, was compared as a freshman to his more advanced seniors. You want to stand out in just that sort of way.

Who Should Write Your Letters of Recommendation

Just because what the letter is about is more important than who it is from doesn’t mean that you should ignore the who. Here are other factors that, all things being equal (though they rarely are), should be taken seriously in thinking about a college letter of recommendation:

Is the writer especially famous or important to the school to which you are applying? Getting a letter from Mark Zuckerberg would not go unnoticed in the Stanford admissions office. That being said, if a letter from Zuckerberg will not demonstrate your individual qualities in a positive light, you might reconsider the big-name approach.

Does the writer have a connection to the school to which you are applying? Is he an alum? Does he teach there or did he once teach there? Is he a donor, supporter, or otherwise just a friend of the institution? Does that school in particular know this recommender’s work? These are all important things to consider when asking for a college letter of recommendation.

3. All Things Being Equal

Only have unfamous, unconnected and unsenior recommenders? Don’t worry! To reiterate, what is said is far more important than who says it. I really cannot stress this enough. All things being equal, issues like fame and reputation matter on the margins.

As you think about asking someone to write your college letter of recommendation, you should keep in mind what you want your letter to say and who you want to say it. If you want your English teacher to write your letter, you should provide her with a cover letter outlining qualities you want her to highlight, examples of those qualities she can use, and work material from her class that she can draw directly upon in her letter. Take control over the letter. Tell your recommenders exactly what you'd like them to write about, and don't be shy about this. Most people would appreciate it! It makes their job easier if you give them direction and details.

And because you have control over what your letter says, you should map out a way for it to work together with your personal statement, your activities list, and your supplemental essays. Your college letter of recommendation is an integral piece of the application puzzle. Make sure that these pieces all fit together to show you as the unique individual you are.