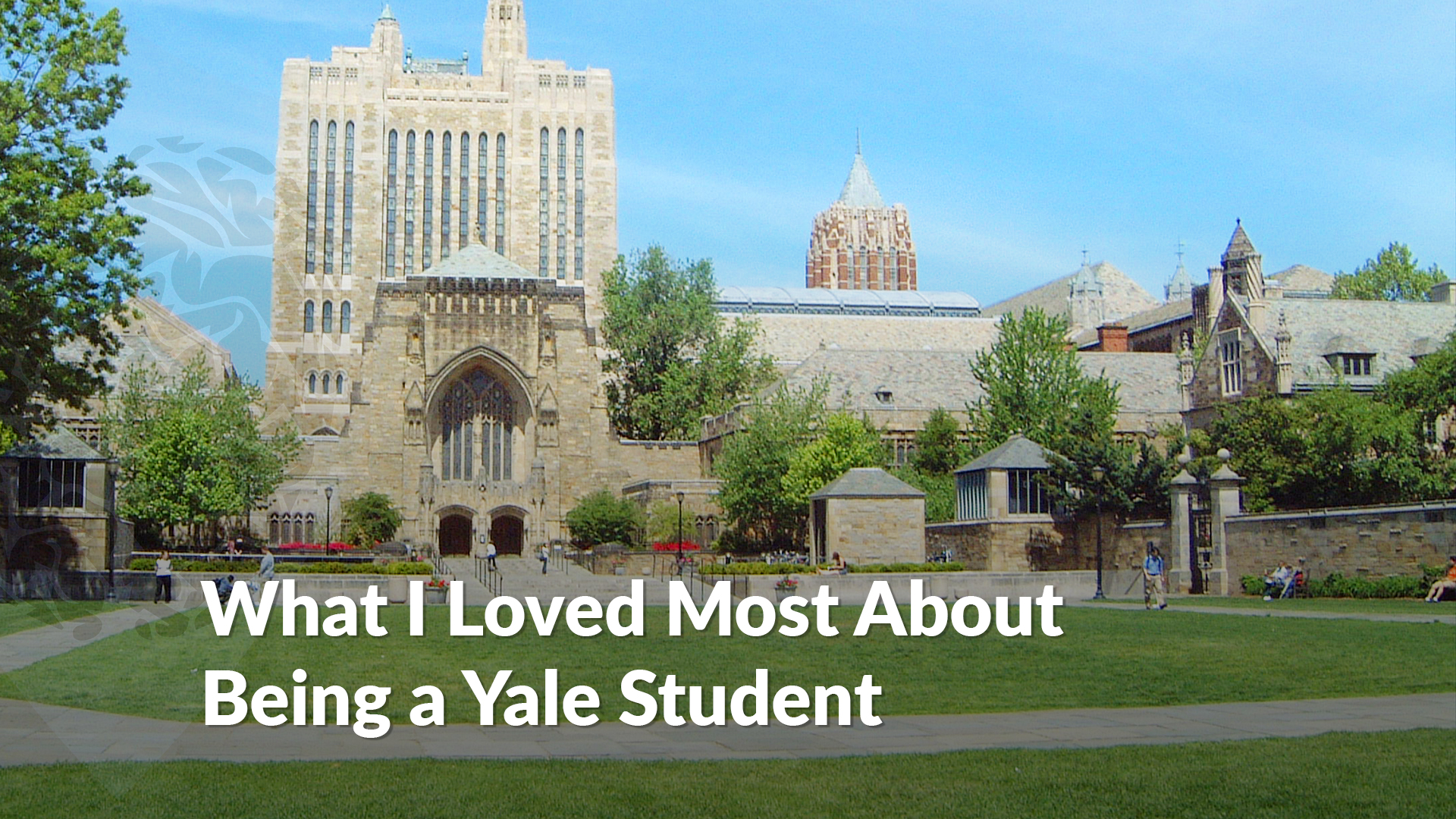 What I Loved Most About Being a Yale Student

What I Loved Most About Being a Yale Student

Yale is one of the oldest undergraduate institutions in the United States. And while “old” often correlates to prestige among US schools, there’s one key way in which the value of “old” is often overlooked and under-discussed, in my opinion.

The Value of “Old”

Yale has an incredible reputation for extracurriculars and part of the reason for this, in addition to the passion of the student members and leaders over generations, is the sheer age of these organizations. Because they’re old, these organizations have thousands of phenomenal alumni, numerous professional connections and opportunities, and huge financial support built up over time. All these factors help Yale’s extracurriculars function at a professional-level I could never have imagined before I was a Yale student.

The professional opportunities I had through extracurriculars prepared me for the world beyond Yale, giving me skills that complemented and expanded on my academics and liberal arts mindset. Did I imagine that I’d learn financial management, writing contracts and hiring contractors, completing taxes, and marketing through my extracurriculars? No, but I did learn these transferable skills.

My primary extracurricular as a Yale student was the Yale Dramatic Association, the campus’s oldest theater organization. In addition to producing and designing, I served on the Executive Board of the organization.

The Yale Dramat was founded 1901 and predates Yale’s Drama School. Therefore, the undergraduate student members of the Yale Dramat have access to the resources of both the Drama School and the regional Yale Repertory Theater. The Executive Board hires professional directors and designers for the main stage productions, selects each seasons’ shows, consults with a board of alumni in New York, and manages multiple endowments and a huge operating budget. As an undergraduate student, you’re suddenly presented with the resources and opportunities you’d have at one of the best regional professional theaters in the US. It’s no wonder that the Yale Dramat claims alumni like Cole Porter, Thornton Wilder, Jodie Foster, and Edward Norton. And they have a book with the signatures of all these members since 1901...including mine. That’s still thrilling to me.

Famous alumni, incredible opportunities, and creative professionalism aside, the extracurriculars are social centers of campus for Yale students. Students socialize within their extracurriculars and form lifelong friendships through late hours in the theater or group problem-solving. I cannot overstate how cool it is to be able to take advantage of these old extracurricular institutions, while also working alongside my closest friends.

Yale’s spirited extracurriculars define the campus. Yale students “rush” a cappella groups like they would rush fraternities and sororities at other schools. Yale students in every academic department sing, perform, write, dance, and paint. I never planned to pursue theater professionally, and my peers in the Yale Dramat claimed majors ranging from Chemistry and Cognitive Science to Latin American Studies. At the same time, there were members of the Yale Dramat who chose Yale over theater conservatories because they knew they would have an experience at Yale as they would have had at Juilliard or CalArts. These peers of mine have already gone on to star on Broadway, in hit TV series, and in movies.

You can hear what one of my other peers, Yosepha Greenfield, is up to now and what her experience at Yale was like here:

Yale’s extracurriculars prepare students incredibly well for the world beyond Yale, but also let students diversify and follow their passions. If you want a taste for how much everyone at Yale loves to perform and celebrate art, regardless of their academic interests, just check out Yale’s revolutionary admissions video “That’s Why I Chose Yale,” which was created while I was a student. I will never forget my pre-med suitemates who went onto attend incredible medical schools and become doctors singing “That’s Why I Chose Yale” around campus for months after the video was released. The spirit of the arts and music pervades Yale’s campus and reflects a history of serious and professional extracurriculars that made me happy to be a part of Yale every single day.

See what other students love about Yale in this Yale campus tour video: